Happy Hooves Farm Sanctuary is a not-for-profit farm sanctuary located in Gidgegannup, Western Australia. It is set on 150 acres of generous pasture and beautiful native bushland. We rescue, rehabilitate, where possible rehome and provide sanctuary to farm animals in need. We currently provide a forever home with lots of love and care to over 200 rescued animals.

Where things all began

Happy Hooves Farm Sanctuary was founded by Maree and Ric Earnshaw in 2012 who saw a requirement in Western Australia to assist farmed animals in need. Already having rescued some sheep and goats, the right property was sourced and work began on building a hospital, shelters, improving fencing, new yards and a poultry enclosure.  Since the beginning a lot more infrastructure has been setup with “Pig Paradise” created in 2015 and further expanded in early 2018 to house our ever growing population of pigs.  Further to this addition, new shelters have been installed in the paddocks and planned for future development is a new hospital, additional improvements to Pig Paradise and a new rooster enclosure to be called “Cock Corner”. 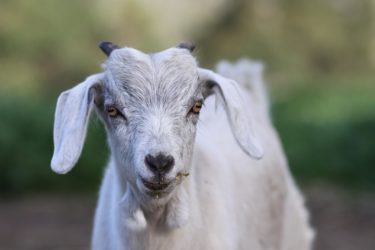 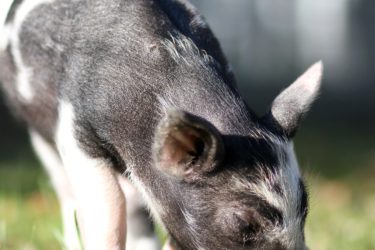 Why do farmed animals need rescuing?

In Australia so called “production” animals are excluded from the protection of animal welfare legislation.  Sadly they are often forced to endure a life of total misery, be it in factory farms or utterly confined spaces; most of the time barely able to move. In addition to this, many are subjected to horrid acts of cruelty that for a domesticated animal such as a cat or dog would be illegal, and the perpetrators prosecuted. These animals live without sunshine, without freedom, without the ability to socialise, without hope. As the so called “higher being”, humans have decided that some animals are our ‘friends’ and other animals are simply ‘food’. What we need to understand, is that ALL animals have exactly the same capacity to feel pain, to suffer, to feel fear, to feel joy and the same desire to live a full life. We hope to show at our sanctuary, that it can be different, the world can change. Compassion and kindness makes a huge difference to every living creature.